Norrköpings Konstmuseum welcomes everyone, adults and kids, to discover our exhibitions on their own or by joining one of our activities. In Ateljé Krumeluren you can try your hand at creating something in variety of materials with our art educators..

Guided tours
The guided tours has been cancelled due to covid 19/the corona virus. We refer to our Digital Museum.
Call the museum reception for details.

The Art Museum’s history began in 1901 when the industrialist Pehr Swartz donated the extensive art collection of diocese librarian E. H. Segerstéen to the Norrköping Art Society. The collection consisted of more than 500 artworks and was donated to the city when Norrköping opened the first museum and library in Villa Swartz in 1913. The art collection expanded with more donations and city architect Kurt von Schmalensee was commissioned to design a new building at Kristinaplatsen where Norrköpings Konstmuseum moved in 1946. Today Norrköpings Konstmuseum has one of the country’s finest collections of Swedish modernism and contemporary art as well as a comprehensive international collection of prints.

The Sculpture Park situated next to the Art Museum is a hidden gem, built with donations from Sture Gilgård and opened in 1960. The sculptures are part of the collection and contains artworks by amongst others Arne Jones, Olle Baertling, Elli Hemberg and Jacob Dahlgren in the park.

Norrköpings Konstmuseum has one of Sweden’s finest collections of Swedish modernist and contemporary art. It includes Gösta Adrian-Nilsson (GAN), Otto G. Carlsund, Lena Cronqvist, Siri Derkert, Cecilia Edefalk, Isaac Grünewald, Sigrid Hjertén, Carl Larsson and many others. Thanks to donations and bequests, the collection continues to grow, for instance, with contributions from the Friends of the Konstmuseum. In 2016, the Museum received a donation of 180 late 20th-century works from the gallerist Carl-Johan Bolander.

The collection also includes installations, prints, photography, design and crafts. Altogether, there are nearly 30,000 works in the Museum. In the sculpture park, which opened in 1960, you can see works by Olle Bærtling, Eric Grate, Elli Hemberg, Arne Jones and others. The print collection is international and goes far back in art history, with impressive pieces by artists such as Albrecht Dürer, Rembrandt Harmensz van Rijn and Francisco Goya. Swedish graphic artists are also plentifully represented.

The collection is continuously re-arranged to keep the presentation fresh and inspiring. We show smaller exhibitions on separate themes or oeuvres to show some of the rich material in storage. Surprising newcomers are displayed alongside modernist icons.

Norrköpings Konstmuseum is responsible for the city’s public art and manages the municipal art collection. In this way, the Museum contributes to urban development in Norrköping and promotes artistic design as a natural part of the local environment. This is one way of making art available to everyone in Norrköping. Schools, special needs housing and public places linked to urban development are our top priority. These projects are often developed in collaboration with other municipal organisations and companies, according to a mutual agreement. We are currently engaged in a major innovative public art initiative for the design of the waterfront district called Inre hamnen. Project drafts can be seen at the Museum.

Art in public spaces is essential in democracies, offering aesthetic experiences and opportunities for dialogue and reflection. The designed living environment enhances our understanding of everyday life. 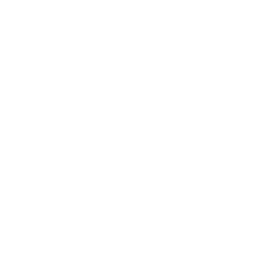